Written by Susna Calafate Boyle in the May 2020 Wagon Tracks.

A superb article on the life and times of Nestor Armijo.  His association with the Santa Fe Trail, his family and acquaintances.  Born in Los Padillas in 1831, he would attend school in St. Louis. His trading took him to California, driving sheep to the gold mines; where he made quite a bit of profit.

Nestor Armijo married Josefa Yrisarri - a beauty as shown in her photograph.  They associated with other Santa Fe Trail freighters and traders - names like Perea, Otero and Chavez come to mind.  In 1868 they were living in Chihuahua City, Mexico, where they remained for a time.

The couple would later move to Las Cruces, where he owned a store and often sold items to the US Army.  They transferred many goods from coast to coast, and often he was leading the wagons.  Calafate Boyle writes about Nestor Armijo as a second generation Santa Fe Trail merchant.  Meaning his father, Cristobal Armijo (Juana M. Chavez) was already doing business on the SFT when Nestor was a young man.

The one outstanding takeaway for me is that he had his son educated in Pennsylvania and then Germany.  His grandchildren would attend schools in California and Denver.  He was a product of education beyond the borders of New Mexico as many in his extended family, and so would his own child and grandchildren.  He was a vigorous supporter of an educated mind.

Posted by Henrietta at 12:51 PM No comments:

Francisco Salazar his brothers and twenty eight other needy citizens are requesting lands to live on in the Abiquiu area.  Here is the list within the document. Possibly one of your ancestors is on the list.  Francisco Salazar actually has nice handwriting in this document when he is requesting the land grant. 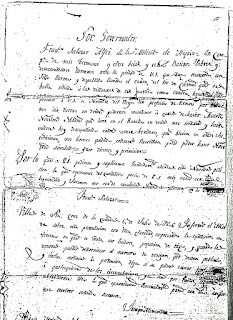 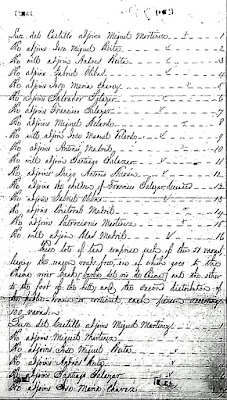 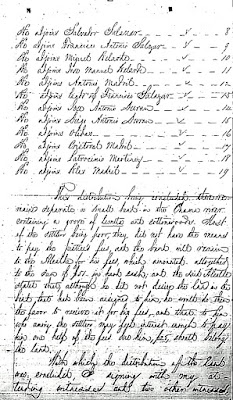 Know all ye that I Andres Facundo Gonsales, resident of Los Corrales, and a native of the villa of Albuquerque and being gravely ill.


I wish to be buried in the church of the villa of Albuquerque in the humblest spot and my burial is with a mass with my body present.


I leave the mandatory bequests, six pesos of the land.


I declare that I was married and veiled with Maria Dorotea Griego and of said marriage we had twelve (12) children of those three are deceased and nine are living.  Maria Francisca, Maria Teodora, Antonio Jose, Jose Leonicio, Jose Miguel, Maria Manuela, Juana Maria, Maria Rosalia and Maria Francisca.


I declare that when I married Maria Dorotea Griego I did not bring one deed [no land].


He names as his executors Don Salvador Cordova and second his son, Don Antonio Jose Gonsales.  Signed at Corrales on the 25 September 1816. With the witnesses present and he signed his name, Juan Gonzales (rubric)

Email ThisBlogThis!Share to TwitterShare to FacebookShare to Pinterest
Labels: Corrales, Gonzales, Griego, Will

Almost all the land grants have interviews or depositions of people who were neighbors, heirs, and just knew information.  Many of these are very useful for genealogists and you can actually get some excellent information for your own ancestor, putting them in a place and time, their age, occupation, where they had lived and so on. 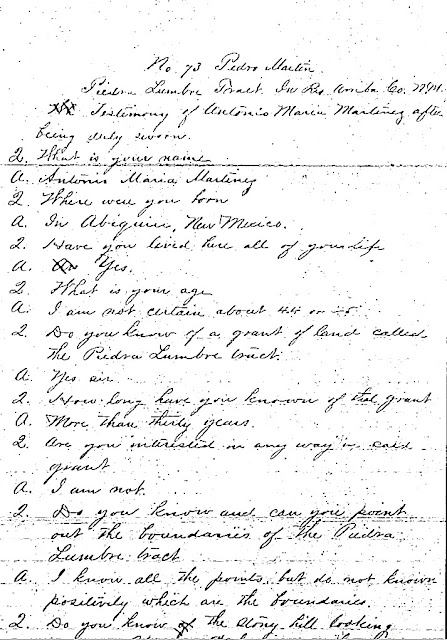 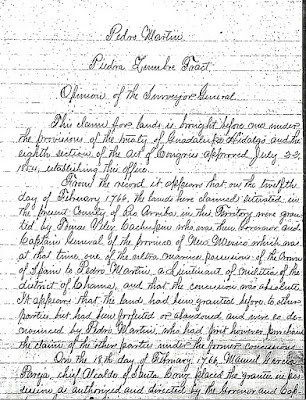 All the land grants in the Spanish Archives were translated into English so that Congress would be able to read the contents.  They are usually behind the Spanish language papers.  This was approved in 1854 according the verbiage in this document.
Reference:  Spanish Archives of New Mexico, Series I, Reel 20, Frame 832-
Posted by Henrietta at 1:16 PM No comments: 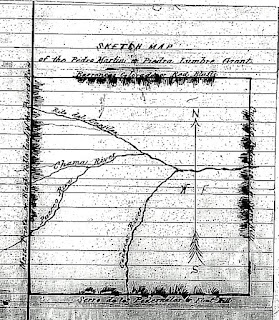 Most of the maps for land grants look like this, rectangular.  The alcalde mayor had to draw out a sketch in order to show boundaries, neighbors, land marks, and more.  This one obviously has lined paper and not drawn by the alcalde in 1766.

Well after a month or more of revisiting this land grant, I was notified that the Catron Papers might be wrong.  In working backwards, which is what we do in genealogy, you almost always need to find a second document that can verify research.

YES the genealogy when they were adjudicating the land grant was given incorrectly.  It appears this way in the actual land grant docs also. So what does all this mean for a genealogist = keep looking at records to double verify your findings.  It was actually granted to the first Pedro Martin Serrano (1712-1768).  The lands had been abandoned and Pedro Martin Serrano asked for them.  They were granted in 1766.  He actually signed the document.  Here is what the petition looked like when he wrote it and his signature. 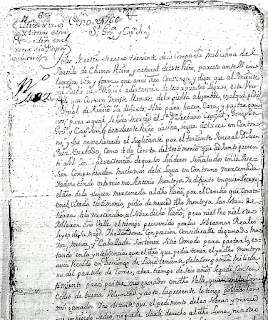 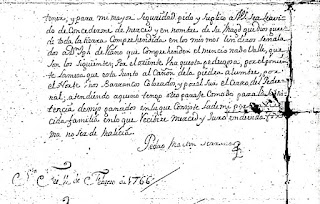 Posted by Henrietta at 1:10 PM No comments: